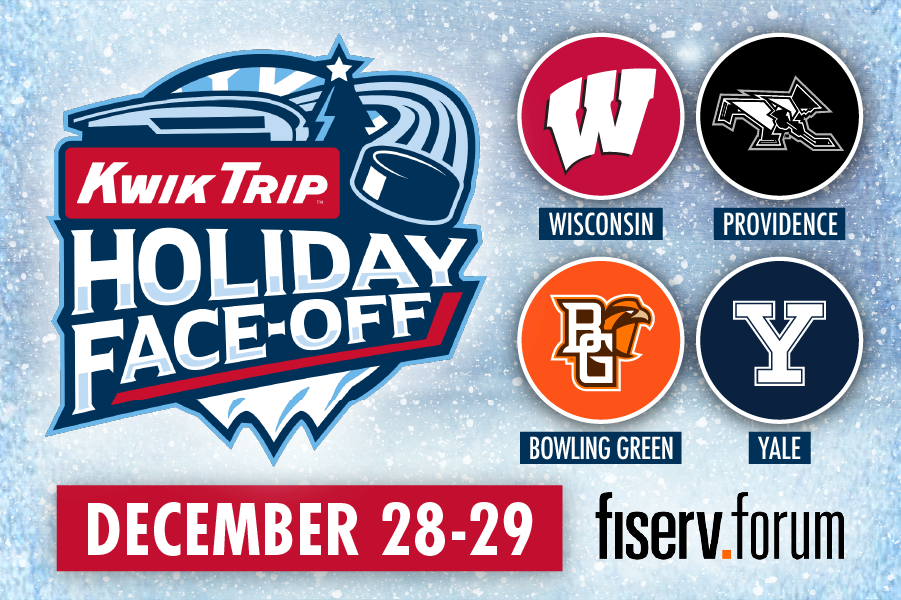 MILWAUKEE, Wis. - The schedule is set for the 2021 Kwik Trip Holiday Face-Off (@HolidayFaceOff).

The inaugural Kwik Trip Holiday Face-Off is highlighted by Wisconsin meeting Yale and Providence taking on Bowling Green in the semifinals at Fiserv Forum on Tuesday, December 28.

The semifinal winners will meet for the Kwik Trip Holiday Face-Off title on Wednesday, December 29, preceded by the Third Place Game.

About the Gazelle Group
The Holiday Face-Off is produced by the Gazelle Group of Princeton, N.J. The Gazelle Group is a sports marketing firm, specializing in event production and management, client representation, and sponsorship consulting. In addition to the Holiday Face-Off, Gazelle produces numerous nationally-recognized college basketball events, such as the Empire Classic benefiting Wounded Warrior Project presented by Continental Tire, the Legends Classic presented by Old Trapper , the Gotham Classic, the Sunshine Slam, the Abe Lemons Classic, the Duke Veterans Day Weekend Showcase, and the College Basketball Invitational. For more information on the Gazelle Group, please visit www.gazellegroup.com.